This page is about the lead singer Morrissey, there will be more pages similar to this one with background of each member so people know who they are. Morrissey was born May 22nd. 1959 at the Park Hospital, Davyhulme, Lancashire. He had a difficult early life, the school he attended gave him a brutal and evil education. He also suffered from depression as a teenager since he was alone most of the time so he took some prescription drugs to take care of it. Pop music had been a huge part of his life and was influenced, he was a very big fan of the band The New York Dolls to the point that he decided to make a fan club about them and even wrote a book on them. Before Morrissey would start the Smiths he decided to join another band called the Nosebleeds and be there lead singer with Billy Duffy, they made a few songs but the band disbanded. Then he and Duffy joined the band called Slaughter and the Dogs. He only made four songs with them until he decided to leave. Then Morrissey was introduce to Johhny Marr when Marr was only 14, so several years later Marr showed up to Morrissey's door and asked if he would like to start a band with him. Morrissey decided to join because he thought they had a similar drive when it came to making music. Morrissey also came up with the name The Smiths saying that it was an ordinary name and that it was time for the oridnary folk to show their faces to the world. The Smiths had success right away but Morrissey made most of the songs political and they had much controversy because he did believe in killing animals and said that none of the band will eat meat. He also didn't like multiple things about the government in the U.K. and often insulted it. They were still succesful entering the end of the 80s but the band would eventually break apart due to the conflicts Morrissey and Marr had. Morrissey didn't like how Marr was colaborating with other artists and Marr didn't like how Morrisey wasn't being flexible about the music they wanted to make. Although the Smiths ended Morrissey went on to have a solo career that was successfyl but would not compare to the success of the Smiths and now the band was gone. 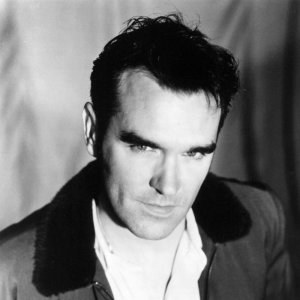