Mike Joyce is the drummer of the band the Smiths. He was born in Machester to Irish Catholic parents and went to a religious school called St Gregory's Grammar School. Joyce was in other bands before the Smiths but wasn't as succesful as he was in the Smiths. He drummed for the Manchester band called The Hoax and also fo the Irish punk band Victim. Even though the Smiths were a huge success they didb't last very long and after the band broke up Joyce provided some of the rythmic patterns for some of Morrissey's songs that he made during his solo career. Even though they had been broke up for a while Joyce decided to sue Morrissey and Marr for not giving him an equak share of performance and recording royalties. Rourke was also on Joyce's side but dropped out and settled for a specific amount. Joyce ended up winning the case and getting over 700 thousand pounds since Marr and Morrissey violated the 1890 Partnership Act so they had to give up all that money. 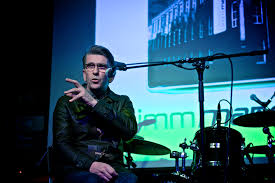